It and Trendy: The Soundwave Tattoo

Tattoos have always been considered as a form of belief, an expression, or a thing to get by in life; which basically represents the person wearing them. As tattoos have been accepted into society and families, tattoos also paved the way from immersive forms such as the now trendy soundwave tattoos. Yes, you have read it right, soundwave which very particularly means a series of wavelengths that when played can produce audio is now converted into tattoos.

Getting To Know How the Soundwave Tattoo Works 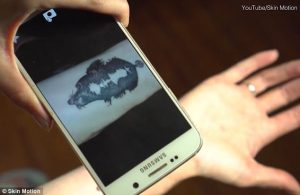 This form of tattoo is being used together with an app that can translate and read the soundwave. People loved it already because through this they can record messages of their family members or anyone dear to them with the corresponding message, which they can play whenever they want to. As good as the message it is carrying, it also does look pretty good and cool against the skin.

To make a more in-depth visualization on how this actually works. You then upload the original audio of the tattoo into the app which then saves the corresponding soundwave. Through a scanning system, the app detects the save soundwave in it and reads the message with your tattoo, and you don’t actually need any type of DJ equipments to make it work and play.

This techy and trendy way is easy to be adored especially by Millenials who are into applications and the techy stuff, but for those who don’t- we can always go for the conventional designs and styles that can express and mark us well with whatever messages and important pieces of life we want to embed on our skin.

Tattoos have long been used to denote forms of achievement and ranking and in today’s modern time we translate those into putting marks in our skin to make a representation of how we value life, what we believe in life, who is in our life, how we let our life play, why we live, and who we are individually.

Here is a look at how it transcribes into audio